From pristine blue beaches to lush green valleys, through mysterious rocks and hidden temples to proud elephants and eager monkeys, the treasures of Sri Lanka are warmly inviting to be discovered. Embracing adventure in all its forms, I spent two truly unforgettable weeks on this magical island.

I visited Sri Lanka in the beginning of May, just several weeks before the heavy floods in the South-western part of the country. Despite that the rainy season had already started I was lucky with tropical sunshine and no rain at all! Just ten day after I left however, the country suffered the worst flooding in 14 years! My thoughts are still with those thousands affected, hoping those wonderful warm people I met on the way are all safe and ok.

Two weeks are perhaps entirely insufficient to enjoy all of the island’s wonders, but two weeks were good enough to keep my adventure mode constantly on. My adventure started in Colombo, followed by Trincomalee, Nilaveli, Dambulla, Sigiriya, Kandy, Ella, Udawalawa and finally Mirissa & Galle. So different from each other, these wonderful places are absolutely impossible to grasp in a blog post or two. Therefore, split into two (hopefully useful for fellow travellers) stories, below is the first part of just brief overview of my two-week itinerary, revealing those stunning places and wonders I discovered on the way.

After two disappointingly short flights (about 4 hours each) (where I didn’t even manage to see the culmination of Mulana) I arrived in Colombo early in the morning with a very warm welcome. (Ok, it was more like boiling hot welcome, as I was already sweaty like a boiled potato even before reaching the actual city).  I was staying in Colombo just for the day and so no accommodation was planned. Eventually I did end up trading my soul for a shower and a longer luggage storage and booked a cheap hostel near the station. Despite the apparently unusual even for the locals heat, I did enjoy a stroll (and several tuk-tuk rides) through Colombo’s hectic streets, eclectic temples, hidden galleries and green gardens, packed with real cinnamon and curious roots-hanging Banyan trees.

A cocktail on a rooftop was a miss, however I had a luxurious air-conditioned!! night bus to catch, taking me all the way to Trincomalee. Booking a seat on these buses is a must, as these they fill up very quickly. I booked mine from here.

Eager to reach those white sand and palm trees lined beaches on the East coast that I have been reading so much about, I arrived in Nilaveli with a tuk-tuk from Trincomalee even before sunrise.  Ignoring the craving for sleep I headed right to the wide empty beach, feeling like I have just found my very own private piece of paradise.

In Nilaveli I stayed at a place called Bella Beach – a cute colourful place, right on the beach with super friendly hosts and an afternoon yoga classes with a stunning view to the ocean.

A short walk on the beach away you will find the super chilled, beer-serving “That’s way” place with colourful hammocks, sand covered beanbags, Bob Marley tunes and unmissable sunsets!

A snorkeling trip to Pigeon island on the next day was an absolute must! We were lucky with a super keen guide, who I bet was on a shark spotting mission. Yes, sharks! And yes, good sharks, friendly sharks! (Either this or extremely lucky tourists). Now, apparently those reef sharks are much smaller that their dangerous cousins and are completely harmless, but do Google blacktip reef shark and you will get my initial shock when facing one of these fellows. Along with five of these friendly non-killing spices, there was an abundance of pretty fishes to swim around along with two carefree turtles who didn’t seemed too bothered by my (this time genuine) excitement when seeing them.

The next day in Nilaveli I rented a scooter (mainly because I am a big scooter cruising fan) and decided to mix up the chilling-on-the-beach time with a trip to Trincomalee and … oh, well some more beach time at neighbouring Uppuveli. The journey itself was an adventure on its own, with narrow streets winding through the palm trees, fruits stalls tempting with fresh pineapples and papayas and shiny cows crossing whenever possible. 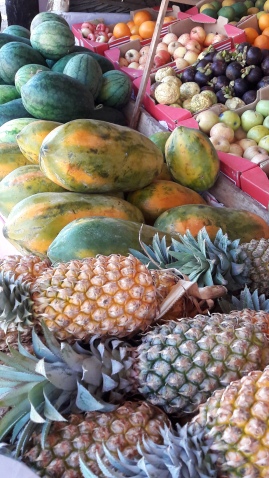 It was so hard to leave my beach paradise but the mountains, the rocks and the elephants were calling so I was back on the road heading south to Dambulla & Sigiriya. A pure adventure on its own, travelling on a public bus is a must. 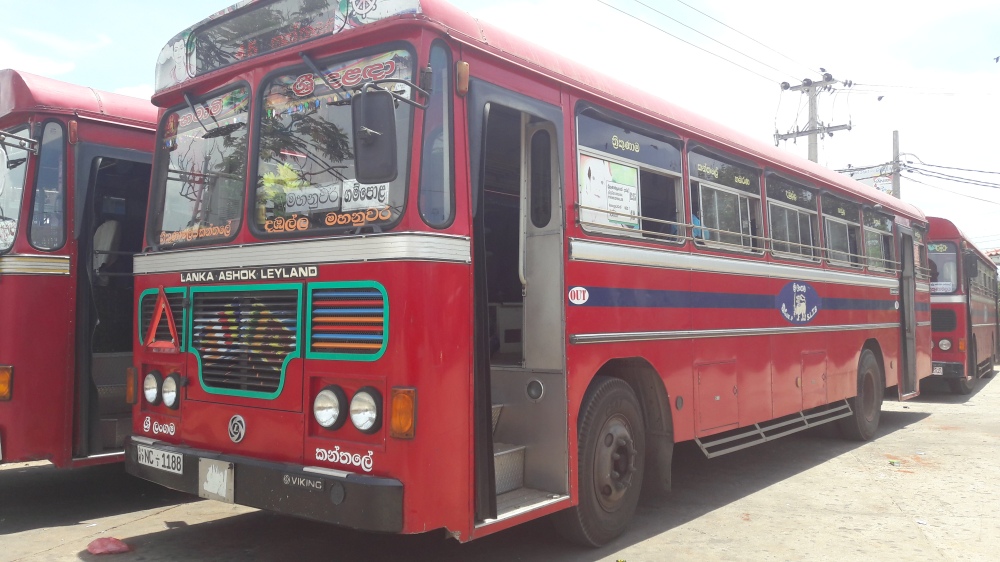 The experience slightly resembles getting on a never ending roller coaster, but with colourful rugs, artificial flowers, shiny garlands and illuminated Buddhas as a bonus, along with head-sticking tunes and (still mysterious to me) ability to fit unlimited number of people in! I arrived in Dambulla just in time to visit the UNESCO protected cave temple after the crowds before heading to Sigiryia for the night.

A short tut-tuk ride after I was in my cute and colourful hotel in Sigiriya – Kashyapa Kingdom View Home. I finished off the day with just the perfect view to Sigiriya rock, proudly rising behind the lush green waterfields, a cup of Ceylon tea in hand and some life-saving biscuits on the side and the company of some wild species in a distance – egrets,  peacocks, small eagles … and (thankfully) very ignorant black snake!

With an early start, a climb to the famous rock fortress Sigiriya was on the agenda for the next day. Discovering the ruins of the ancient kingdom and the epic panoramas was totally worth the sweat the calf pain on the next day!

In the afternoon I headed to Kandy by my dearest local busses, ready for that even more famous scenic train journey to Ella on the next day.

I felt Kandy was a bit too manic for the tranquility I was so spoiled with from the past couple of days. One of my best finds in Kandy though was a super cute and chilled café, with a colonial interior with a modern twist and a spiced chai smoothie to die for! If in Kandy, make sure you visit the Empire Café!

My train to Ella was leaving at 11 in the morning which really in Asian holiday terms meant I had a whole long morning to spend in Kandy. 7:30 sharp I was at the gate of the botanical gardens, winning first-tourist-of-the-day award and enjoying the peace and beauty of the place entirely to myself. Well, except for the 5 wedding shoots taking place in the pretty empty gardens, which to be honest made the whole walk even more special.

A banana-breakfast later, I was waiting for the famous blue train to Ella.

My  (occasionally) super organised self made me book my train tickets (2nd class) about two weeks in advance from here, but even if the reserved seats are fully booked, you can easily find a spot on the day. The journey was truly scenic, with the train winding through the green valleys and the lined tea plantations. Seven hours and tons of pictures (taken mainly while handing from the door) later, I reached beautiful Ella. 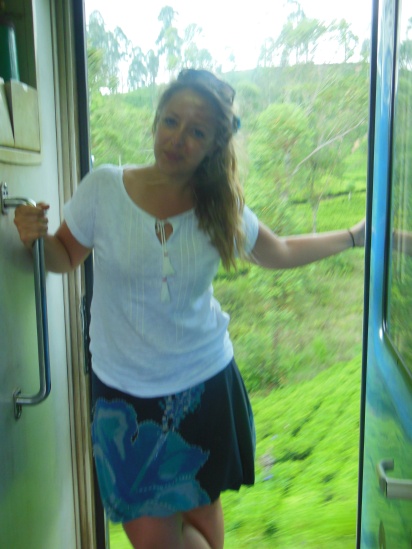 The green magic of Ella, the hungry elephants and the shiny crocodiles of Uda Walawe and the beautiful beaches of Mirissa will be revealed in next post very very soon!